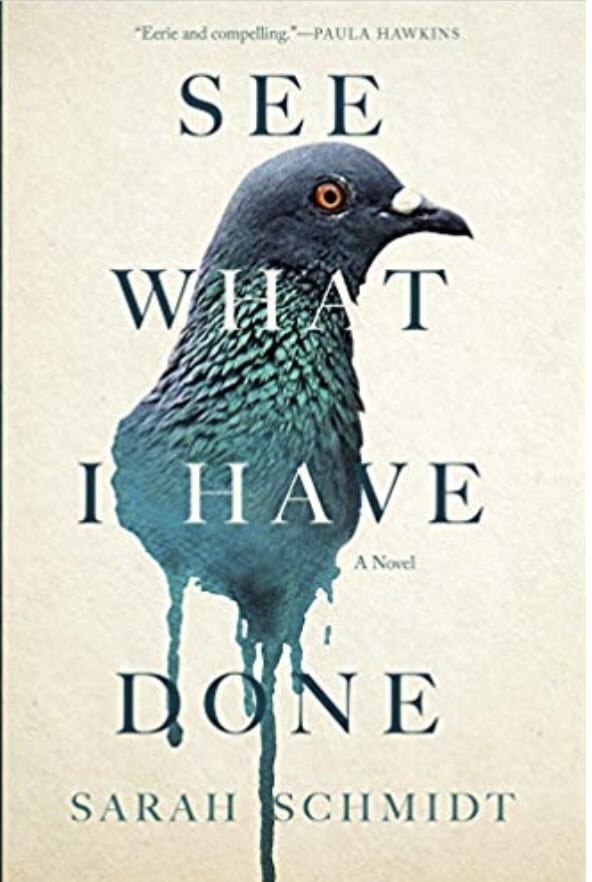 And gave her mother forty whacks

When she saw what she had done

She gave her father forty-one

In reality, the mother in question was Lizzie’s stepmother and the actual number of whacks given to Abby and Andrew Borden were 19 and 11, respectively. These facts are known. The rest of what really happened between 9am and 11am on 4 August 1892, however, remains open for speculation to this day. In See What I Have Done, Sarah Schmidt has reimagined the events surrounding the infamous Borden murders from four different viewpoints.

Through the eyes of Lizzie herself, her sister Emma, the Bordens’ maid Bridget Sullivan and Benjamin, a fictional character, supposedly hired by the Borden sisters’ uncle John to kill their father, a picture of this dysfunctional family from River Fall, Massachusetts, emerges.

I’m wary of novels that frequently switch viewpoint because you can end up preferring or disliking one or more which can jar and interrupt your enjoyment of the book. Not in this case. Each voice is as clear cut and defined as glass. You know exactly whose mind you’re in at any moment, they both contrast and complement each other, add variety and interest and, crucially, pull you along this fascinating series of events with pace and intrigue.

See What I have Done is an accomplished debut. The author clearly knows her subject inside out and the pages practically glow with knowledge and passion. At the end of the book I had to remind myself this is a work of fiction but Sarah Schmidt’s version of events is convincing and a joy to read.