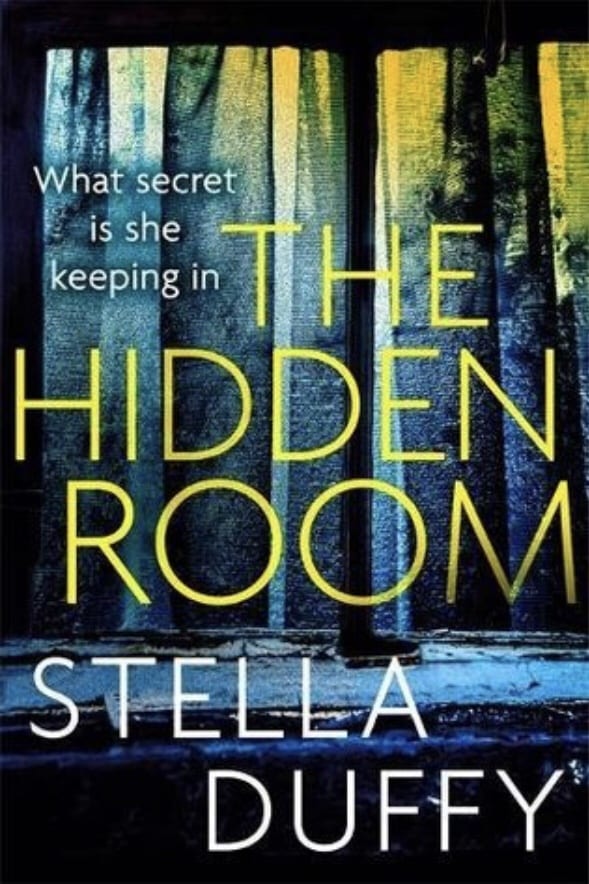 In June this year, Stella Duffy visited our local town to run a Fun Palace Workshop. Briefly, and nothing at all to do with the book about to be reviewed, Fun Palaces is a national campaign, founded by Stella, which aims to galvanize and bring together communities by championing local talent and encouraging the sharing of skills and ideas.

Before this, I knew she was a writer and also one of the first members of the Womens Equality Party. But throughout the workshop the full extent of her achievements and accolades to date became apparent. Playwright, author, writer, performer, director, blogger, activist, the list is intimidatingly long. There aren’t many areas of creativity that haven’t been touched by the hand of Stella. This woman is a grafter. A talented one at that, and with an energy and commitment to her work that’s off the scale. Inspired by her passion and totally sold on her positivity and attitude that nothing is impossible, I was intrigued to read some of her work and delighted to hear she was about to launch her latest book. Her fifteenth, no less.

The Hidden Room is her first crime novel in twelve years. It might be the first of her books that I’ve read *hangs head in shame* but it won’t be the last.

It’s crime drama meets literary fiction. Which is another way of saying it’s an exciting plot and well written. And if that isn’t a hole I’ve dug for myself right there, I don’t know what is. Of course I don’t mean that other crime novels are badly written. That’s an insane suggestion. What I mean is, there’s pacy, punchy, let-me-entertain-you, slap-you-round-the-face and drag-you-through-the-pages-so-hard-and-fast-you-need-a-lie-down-at-the-end well written (all hail the Lee Childs and Stephen Kings of this world), and then there’s silky, graceful, nuanced and elegant, think-on-this, come hither and sip-me-slowly well written (big up your bad selves, Man Booker winners).

The Hidden Room is a clever mix of both, which makes it a rich and indulgent read. Rather like Death By Chocolate By Book. In a way.

Architect Laurie, web designer Martha and their three children live a fairly ordinary and happy life in their beloved home in the countryside. The couples’ marriage seems solid and they have a healthy relationship with their kids. On the surface, life is good and they seem like any other family. But things are about to change.

Early on, we discover that Laurie and Martha are keeping secrets from one another, for different reasons. There’s something in Laurie’s past that she’s kept under wraps and wants to forget while Martha is dissatisfied with her lot and is having therapy behind Laurie’s back. Also, their teenage daughter, Hope, has issues.

The real problem, though, is that Laurie’s past is about to catch up with her in the worst possible way. Someone she thought she’d never see again has emerged and could destroy their family life for good.

The well constructed narrative ebbs and flows throughout, alternating between convincing depictions of family life and disturbing accounts of Laurie’s unsettled childhood. And as events unfold, suspense and tension build in all the right places so you keep those pages turning.

It’s gripping and psychologically thrilling with one of those heart-in-mouth endings that has you biting your lip for a good while after you’ve closed the book.   In all, a hugely enjoyable read.

In a nutshell: It’ll be a cult classic. (That’s a pun but you won’t know why until you’ve read the book).

Verdict: Stella(r). Too easy? Too easy. She deserves better. Apologies.

2 thoughts on “The Hidden Room by Stella Duffy”