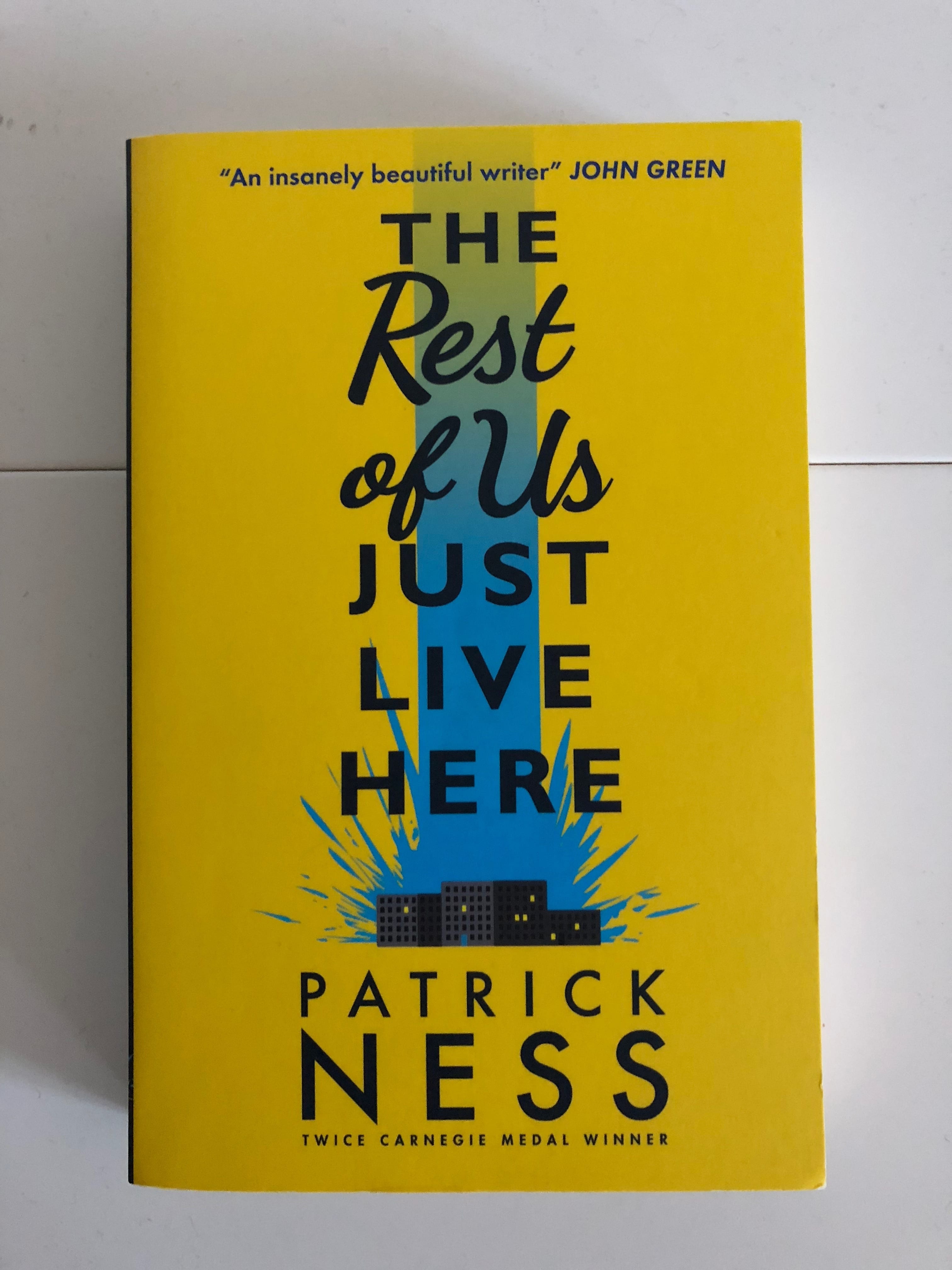 The Rest of Us Just Live Here is the antidote to all those emotionally-charged teen vampire novels. Sure, all that stuff is going on: a bunch of indie kids running around trying to beat the vampires, the zombies and whatever, and close all the portals to other worlds before the school gets blown up and all living things obliterated and all that.

But what’s really happening? To the ordinary kids? To the ones like Mikey, who’s surely got enough on his plate with his crazy, difficult parents, his self-professed God Of Cats best friend, the girl he’s desperate to go to Prom with but who doesn’t notice him in that way and his sisters whom he adores with all his heart and more? Mikey, with his anxiety-fuelled OCD loops, his internal battles with self-doubt and his need to protect everyone. What going on with kids like him?

The Rest of Us Just Live Here celebrates the ordinary, which turns out to be far less so than you think. It champions the everyday stuff that just goes on in the lives of a group of regular teenagers in a regular town somewhere in America. And just because they’re not saving the world from immortals doesn’t mean they’re not important and it definitely doesn’t mean they have it easy.

This is a beautiful, insightful book. The storytelling is highly original, the characters true and real and the whole nature of the book surprising. Ness is an absolute master when it comes to the minds of young people. He just gets them. How they think, how they talk, how they interact, he just gets it. And he tells it straight, as it is, without spin, without apology. So what you end up with is this mad story with all these fantastical elements told as if it’s the most normal thing in the world.

Oh. That’s probably exactly what we’re MEANT to think. Gah! He’s so clever I could weep.

Verdict: All the superlatives. I wonder how much PN would charge to move in and be a third parent for the next four years?