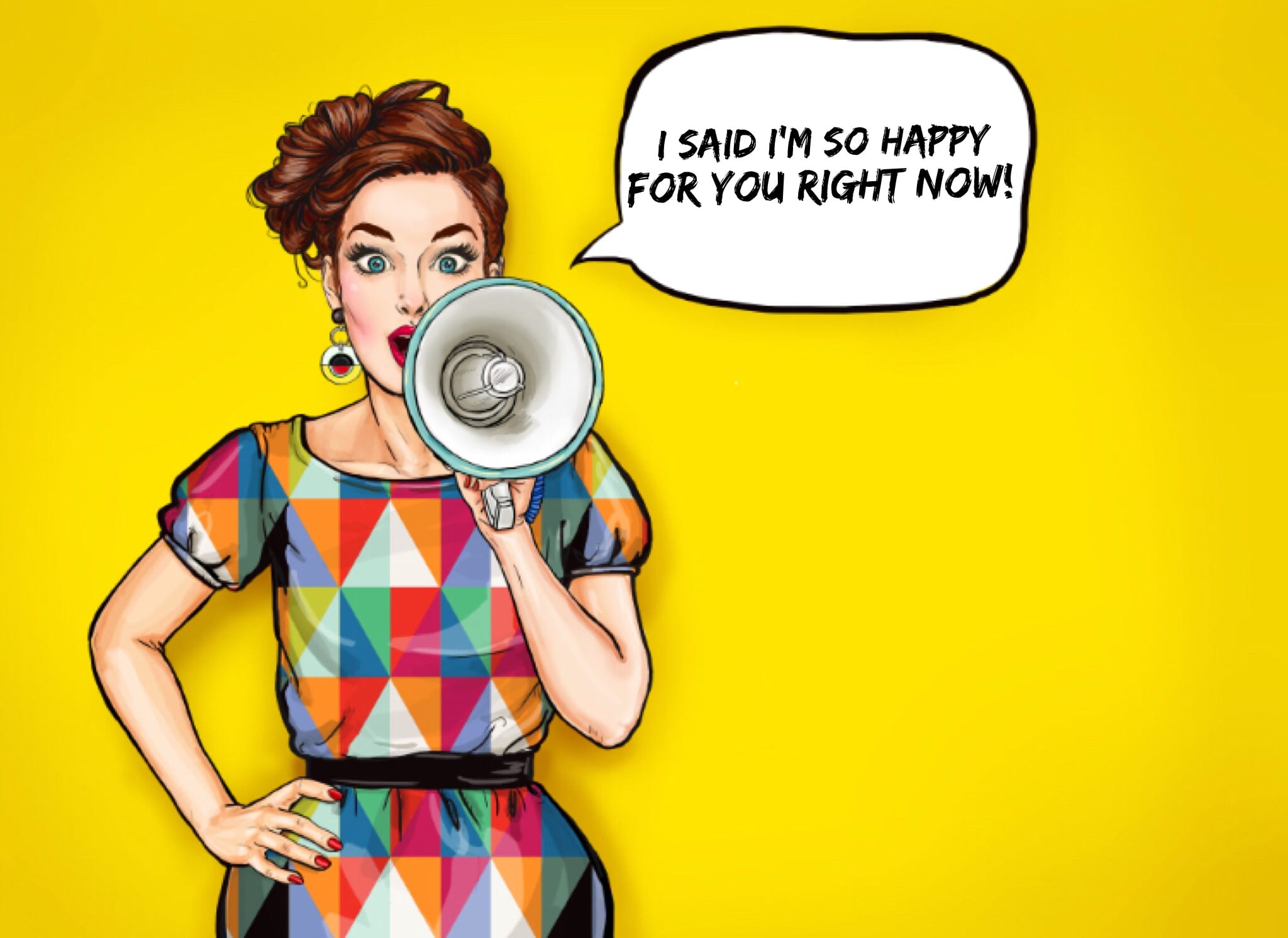 It’s inevitable, when you’re a writer, that someone else will get there first. It’s acknowledged between writery folk – the ones that I’m friends with anyway – that when it happens we’ll be genuinely happy and congratulatory and supportive. Of course we will. It’s not up for discussion. That’s the whole point of our little groups. To help and encourage each other, to drive each other towards success and to celebrate that success when it happens.

Yes, as someone generally big of heart, generous of spirit and small of ego I have no problem celebrating the success of others.

You sure about that?

Welcome to today’s lesson in resilience.

Let’s say you’ve been working on a book for four years or so. For the first two years you drafted, edited, submitted to agents and received your first bunch of rejections. Bit peeved but undeterred, you write the first draft of a second book. Unable to move on from the first one, you put book two to one side and go back to book one. You feel sure with some improvements, someone will pick it up. You get your manuscript critiqued by a professional, take advice from literary agents and you re-edit, re-read and decide you hate it. You spend the next year year tweaking it and fannying on with it, pressing on with no real direction, trying to ignore overwhelming self-doubt and writers block.

Finally, you know what has to be done. You rewrite the whole thing from scratch, you’re happy with it at last, and find yourself in the midst of a final read-through and can see the end in sight. After six months, you have a finished piece of work, a new synopsis and a shiny new query letter to boot.

You are ready to submit to agents once again. You take a deep breath and off you go.

Meanwhile, your husband, who HASN”T chosen to be a writer, who’s already killing it in a full-time career of his own and who’s never even mentioned a desire to write books EVER, decides one day (let’s say, end of last year) to big fat write one anyway.

In a matter of months he smashes out a chunk of said book (non-fiction), puts together a blinding proposal, submits to, like, five agents and gets offered representation from the first one he approaches.

Two minutes later (it might have been two weeks, but whatever) while you’re twitching from tinnitus caused by the drip-drip-drip of rejection emails hitting your inbox, he announces that a publishing deal is on the cards.

A: THRILLED for him, DELIGHTED. COULDN’T be happier. So PROUD*.

B: A teensy bit miffed and want to ever so slightly punch him in the face.

C: Wondering, seriously, if this is grounds for divorce, in the eyes of the law.

D: All of the above. 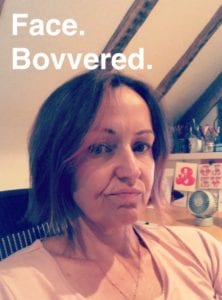 Four people live in our house. One has been published in a poetry anthology. One has a literary agent and will likely be published next year. I am neither of them.

Isn’t that HILARIOUS? And IRONIC?!

Luckily my teenage sons are sympathetic and haven’t ripped the piss mercilessly, telling me to pull my finger out, to catch up and that Fred the dog will probably get a book deal before me. Ha ha ha ha ha. Etc.

What was I saying? Oh yeah, resilience. We writers, we terrified writers especially, need tanks of the stuff. If you’re cursed with a big ego – and god help you if you are – get rid. Seriously. It’ll only end up battered and bruised so ditch it. The ego is like an appendix, you don’t really need it and you only notice it when it’s about to burst.

Someone will ALWAYS get there first. Don’t sweat it. Congratulate them and mean it. You’ll want the same when it happens to you. Even if, by then, the novelty will have worn off and everyone will be like ‘Whatever Mum, who HASN’T got a book out these days?’

Thanks for reading, thanks for sharing and if you’re going through the agonising querying process too, stick with it, sister ✊ (that’s a fist-bump emoji). We all stand together. Well, some of us do. Mentioning no names…grumble, grumble…

* For the record, as disgruntled as I’m pretending not to be, I love my husband almost as much as I love my kids and he deserves every success with this. I genuinely hope he goes all the way and takes WHSmith and the Waterstones airport fixtures by storm. All the same, I’m gonna milk this till I die. Starting with this post to try and garner a bit of sympathy and solidarity from all the lovely writers out there who know exactly what a potential headfuck this is.

6 thoughts on “Don’t worry, be happy (for others)”