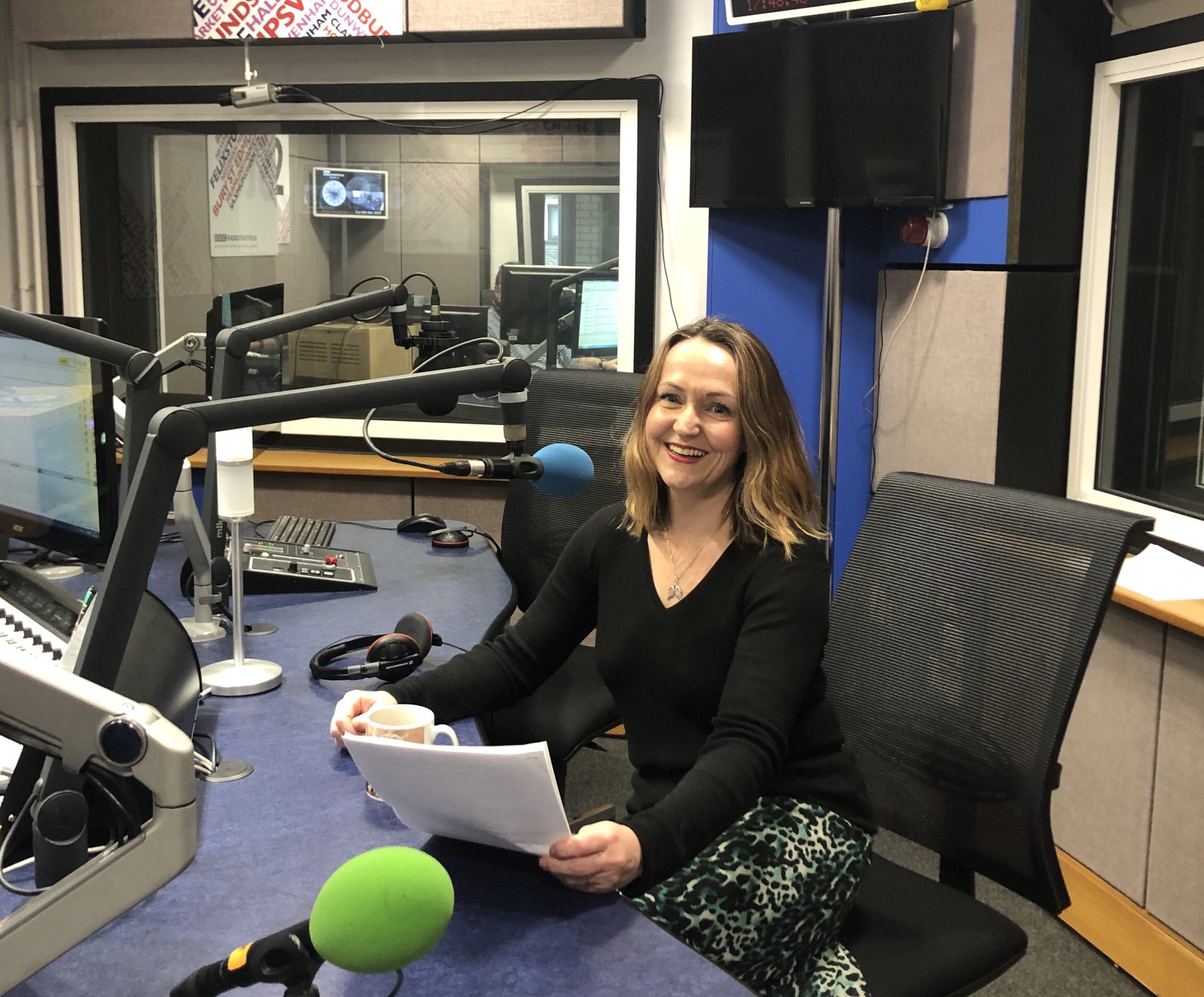 This is the piece of short fiction that I was commissioned to write for the Jon Wright and the Writers Tuesday Takeover on BBC Radio Suffolk:

On a grey afternoon in March, seven writers and a radio presenter gathered in a brightly lit meeting room to plan a radio show on the subject of writing.

With a group comprising two published novelists, a writer of fables, an academic, writing coach and budding author, two playwrights and another author-in-progress and blogger, there was no shortage of ideas. Personal stories were shared, self-deprecating anecdotes from individuals keen to demonstrate competency without wishing to appear arrogant.

Everyone appeared relaxed and there wasn’t a hint of the social anxiety, desperate need to be liked or imposter syndrome that was undoubtedly as present in the room as oxygen.

But things were about to change.

The presenter, who had been studying the flipchart, now covered with scribbles, arrows and bubbles, and a sort of circular clock diagram thing, turned to the group and said:

‘Tell you what. Let’s kick off with a story about, oh I don’t know, some writers going on the radio.’

Six heads bowed over notes that all of a sudden required urgent attention. The seventh, however, failed to register the gravity of the situation until it was too late.

‘Yes. A story,’ the presenter repeated, looking directly into her startled eyes, ‘And one of you must write it. And you must read it aloud.’

He threw back his head and laughed an evil laugh.  (Ok, that probably didn’t happen, but whatever.)

The presenter held her gaze and she smiled weakly at him.

She looked to her fellow writers for support but was met with nods and murmurs of encouragement, all proffered with keen, wide-eyed expressions of what she suspected was more relief than generosity. (Again, that might be overstating it, but again, whatever, creative license and that.)

I can’t do it, she thought, I’ll get it wrong. I’ll start with a reference to the weather, like ‘On a grey afternoon in March…’ or something equally as boring. Or else I’ll make some wild claim about the presenter being some kind of evil overlord, just for cheap laughs. Predictably, I’ll use too many adverbs, or worse, make one up that doesn’t even exist, she mused paranoidally. Or too many clichés! Everyone’s fed up to the back teeth of clichés. Oh god, I need this like I need a hole in the head. I’ll be found out. I’ll look like a total idiot in front of all these writers, in front of all those listeners.

What if there are people out there thinking, I could do that? Writers-in-waiting, who haven’t yet started because they’ve told themselves exactly these kinds of stories. That they can’t, that they’re no good, that they’re afraid of getting it wrong or being judged, that they have no time, that writers are ‘other people’. Maybe I should just get over myself and get on with it. Show them that if I can do it, they can too.

And with that thought, the Terrified Writer heard herself say, ‘Ok, I’ll do it.’