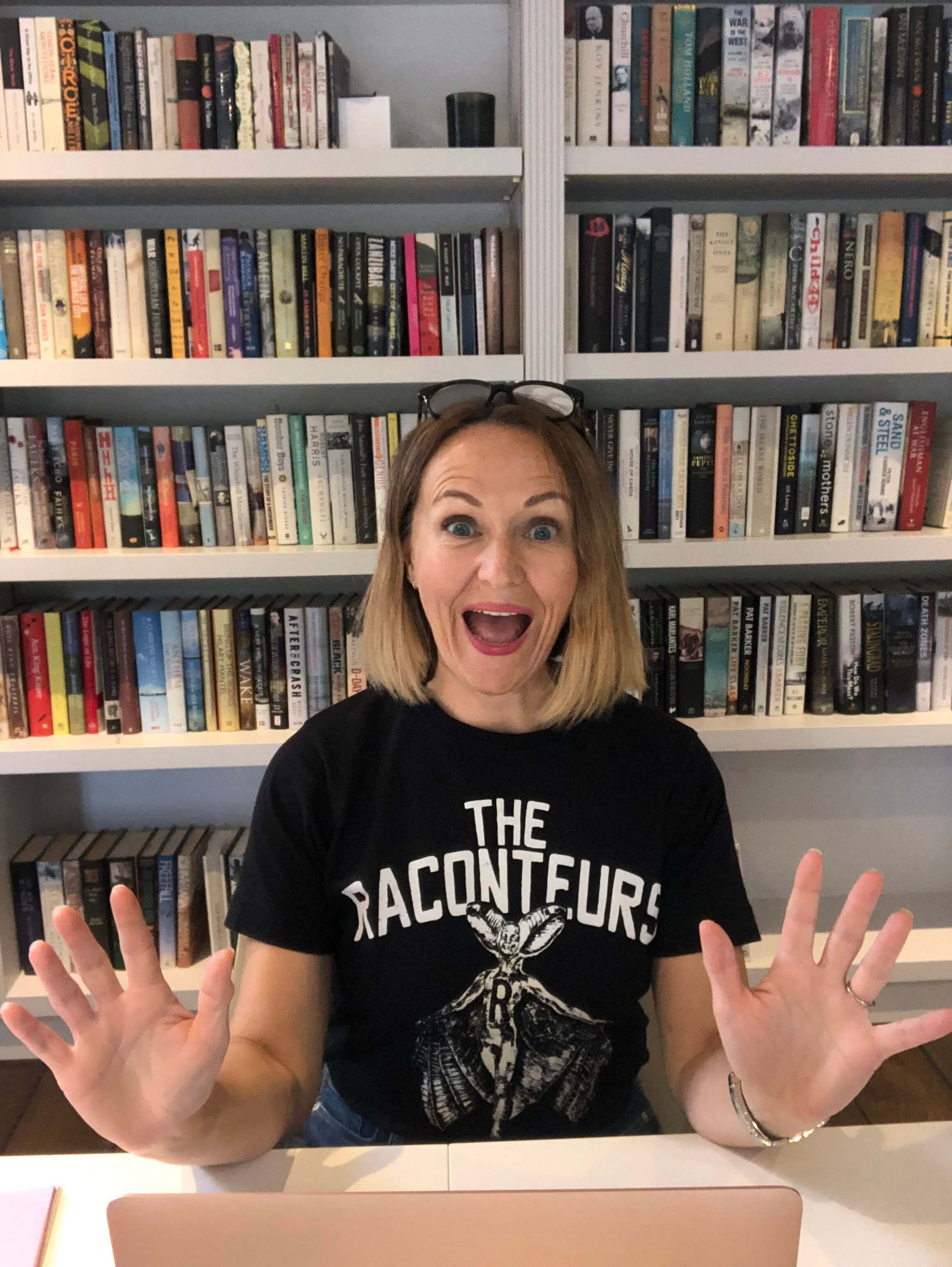 Phhh, phhhhhhhh, wow, ‘scuse me while I clear all this DUST! Blimey, has it really been that long?

Well HELLO! It’s been AGES, hasn’t it?! Waaayyyy too long. Don’t worry, it’s me, not you. So how’ve you been? How are the kids/your mum/the old fella/the dogs/your uncle’s gout/your cousin’s snail training career?

Good! That’s so good to hear. Yes, all’s well here too, since you ask.

What’s happened since I last saw you? Oh yes. Got the eldest through his GCSEs. Ok, what I mean is, I lived in the same house as my eldest while he took his GCSEs, and from time to time I projected onto him my own regrets at doing very little revision myself, by way of my own (albeit overbearing) style of so-called ‘support’, which involved a lot of wide-eyed panic, a few misplaced tantrums and occasional swearing. I think – in fact, I’m pretty sure – that didn’t help him AT ALL. So it’s to his credit that despite me, he did a bloody good job. Anyway – *dusts hands together* – that’s THAT parental milestone out of the way, thank god (for him, at least. Roll on A levels, none of us are saying right now).

But enough of all that, things are a-moving and a-shifting over here at Terrified Towers (which is how I’ll keep referring to the mystical Rapunzel-style castle where I sit and write all these blogposts, until it becomes a thing). The main news is – bit embarrassing this – but, you know the, um, Terrified Writer? Well, it seems that I’m not, really, not so much.

A writer yes. In fact I’m exploring new territories within that, such as playwriting and screenwriting. I’m also performing. On stage. In front of people. Comedy of all things! But more of that later. What I want to talk about right now is this notion of the Terrified writer.

Because it’s come to my attention that I’m, um, not. Any longer. Not really. I mean I’m still scared to death of life and putting myself out there is still very, very frightening and nerve-wracking and all that jam. But it’s…different. Being terrified no longer terrifies me. It seems that somewhere along the way, my plan worked. It worked very, very well.

So, I’m left with this: what do I do? With the name, I mean? I’ve got to be honest, I’m in a bit of a quandary. All suggestions welcome.

Earlier in the summer I did a talk on Freeing Your Creative Self at the First Light Festival in Lowestoft, where I proposed that exposing our deepest truths, however unpleasant or frightening, could help unlock creativity. It was certainly the case for me. My most shameful truth was deep, raw fear and I didn’t want anyone to know. So I did the (for me) worst imaginable thing after admitting it to myself, I forced myself to wear it like a badge of honour, convinced that it would no longer hold me back but do the opposite.

To my utmost surprise, I didn’t die! Nor did anything terrible happen. Instead, over time, as I befriended my fear we started to do stuff together. We created this blog. We did a podcast. Last year, I found details of a new improv class starting locally. Before I had a chance to protest, my fear had picked up the phone and signed me up. I’ve since rediscovered my love for performing, having now done four live improv gigs. People have laughed at me – when they were meant to and not in sympathy!

My fear gave me the power – and the subject matter – to stand up and talk at a festival.

My fear gave me the power to write a one-woman play and my fear will give me the power to perform it one day, hopefully in the not too distant future. My fear will one day put me on stage on my own to perform the stand-up routines that currently reside, unperformed, in several notebooks. My fear will enable me to record another podcast series which I’ve been talking about doing for, like, EVERRRRRR. I know this, because I know my fear, and I know what it’s capable of.

Change is coming, I can feel it. And change is good. But for now, The (not so) Terrified Writer is staying, because we’re good together.

Thanks so much for stopping by and reading, I really appreciate it. I’d love to hear from you, whether it’s to comment, ask me stuff, share something funny you’ve seen recently (dog videos especially welcome, or pictures of dogs hanging out of cars, or cuddling babies or stuff like that) or just to go, y’alright? You can leave a comment below, or email me ann@theterrifiedwriter.com. Ax